10 Tips to Reduce the Negative Impact of Smartphone Radiation, Turn Off Data While Sleeping! 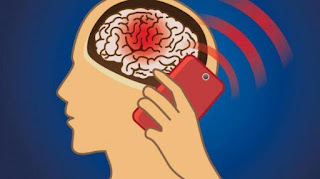 Apply 10 tips to reduce the negative impact of smartphone radiation, including turning off data during sleep. Check out the full tips!

QUX, ME - There are many issues that are related to smartphone radiation that are harmful to health.

Smartphones use electromagnetic radiation in the microwave range (450-3800 MHz and 24-80GHz in the 5G cellphone).

The many features provided by smartphones cannot be denied can facilitate human work.

However, in addition to the many benefits provided by smartphones, the adverse effects of smartphone radiation for health are also important issues that need to be addressed.

The bad impact of smartphone radiation can be done in various ways.

Here are 10 tips to reduce the negative impact of smartphone radiation on health that QUX.ME summarizes from the Environmental Health Trust website.

When talking on the telephone, it is better to position your smartphone as far as possible from your body.

To do that, use loudspeaker mode or use the earphone.

The electromagnetic field (radiation) is a quarter of the strength at a distance of two inches and fifty times lower on three feet.

2. Avoid using a smartphone when the signal is weak

Avoid using a smartphone when the signal is weak or is moving at high speed.

Like when driving in a vehicle such as a motorcycle, car, bus, train, especially airplanes and in elevators.

Because the power automatically increases to emit the amount of calcium radiation.

In these circumstances, smartphones repeatedly try to connect to any nearby network antenna.

3. Don't keep your smartphone in your pocket

Do not carry a mobile with active power in your pocket or bra.
Mobile phones emit radiation continuously, even when you don't use it actively.

4. Avoid using smartphones for children, except in urgent conditions

Children's skulls are thinner than the skulls of adults and their brains are still developing.

Therefore, radiation from smartphones penetrates deeper into their brains and tends to cause more damage.

5. Don't sleep with your cellphone in an active data state

Research shows that sleep is interrupted by smartphone radiation.

Need an alarm clock? Simply set the phone to airplane mode or off-line, which will stop the emission of wireless electromagnetic fields.

6. Connect a smartphone with a landline

Biological effects can be related to the strength of the smartphone radiation dose and the duration of papara.

So consider whether your communication is urgent or not.

Remember: Use wired landlines (not cordless landlines, because wireless phones use electromagnetic microwave technology like smartphones).

Most wireless telephone base stations always emit microwave radiation regardless of whether the handset is connected or not.

Cordless landlines do not have radiation emissions and are the best choice.

7. Avoid using a smartphone in a space surrounded by metal

Avoid using a smartphone in a space surrounded by metals such as a model, elevator, train or airplane.

The metal environment reflects waves in a vehicle, often increasing your radiation exposure.

Your use also passively exposes other people near you (children, pregnant women, and other adults) to your mobile's electromagnetic radiation field.

And their exposure often increases when inside the metal enclosure.

To limit the duration of exposure and closeness to the body, don't call too often, switch to the puzzle message.

And don't put your phone near your stomach when you send a text message.

9. Avoid storing your cellphone in a pocket that is close to vital organs

This radiation has been shown to damage sperm and ovaries.

Many people move cellphones from their heads to reduce exposure but go down to their bodies.

Forgetting that the smartphone or laptop to the stomach produces higher radiation absorption to the reproductive organs.

10. Take into account the distance of the eye with the smartphone screen

To find the minimum distance, the federal government recommends that your cellphone be away from your body.

Keeping a distance closer than the specified distance can cause a violation of the FCC Exposure Limits.

Exceeding FCC levels is proven to cause burns, sterility, and brain damage.