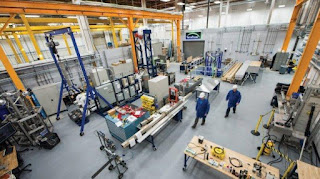 QUX.ME, NEW YORK - TerraPower LLC, a nuclear energy company headed by co-founder of Microsoft Corp. Bill Gates, is looking for new partners to test the early stages of the technology.

The new US rules forced TerraPower to cancel the agreement with China, the company official told the Wall Street Journal.

But Bill Gates wrote in an essay published last weekend that TerraPower was not interested in continuing his plan because it was blocked by new US restrictions on technology deals with China.

The company, headquartered in Bellevue, Washington, is now not sure which country will work with them to test technology designed to use uranium that has been used up as fuel for nuclear reactors in an effort to improve safety and costs, company officials said to the Journal.

"We will regroup," Chief Executive Chris Levesque told the Journal in an interview. "Maybe we can find another partner."

The US Department of Energy announced in October that new restrictions on the nuclear deal with China, according to broader plans by the Trump administration to limit China's ability to access US-made technology that it considers to have strategic interests.

Gates, who co-founded TerraPower, said in his essay that current regulations in the United States are too strict to allow prototype reactors to be made domestically.