Magic Application Makes It Easy for Middle Class in Investing 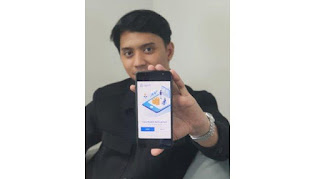 QUX.ME, JAKARTA - Investment is one of the factors that can influence the country's economic growth.

The higher the level of investment, the higher the economic growth.
But currently only 0.4% of Indonesians have invested.

That means, only about 1 million of the 260 million residents. This figure is very far compared to some neighboring countries such as Thailand, which is in the percentage of 6%, India 7% and China 9%.

This happens because there are still many obstacles to investing, means to find information, and the lack of solutions to ease of investment to serve the middle class population.

On the other hand, easy-to-access solutions and information about investments require time and effort to learn and understand them.

For millennial and middle generations, they do not have the time to actively follow the market and have no idea where they should ask for advice about investment.

Magic as a smart online investment application is here to solve the problem. The company, which was born from the Y Combinator (YC) startup incubator, was officially launched in early January 2019.

Magic allows people to invest confidently through a diversified portfolio.

The Magic Mission is to open wide access to more personalized investments for the people of Indonesia. Given that only 0.4% of Indonesia's population has invested.

Magic is a startup based in Jakarta, with funding of 2.1 million dollars (USD) from Y Combinator, SoftBank Ventures and former partner Sequoia.

Magic CEO and co-founder Anderson Sumarli explained this application for people to invest but did not have time to keep up with market changes.

"This is also experienced by my friends, so that Magic is the solution for all of us," he said.

Among them:
Some questions to get investor profiles based on algorithm data and expert advice.

Get personal portfolios based on user profiles.

Magic applies the theory of Mean Variance Optimization which gets the Nobel Prize to help users' options.
Create an account in just 1 minute without physical documents.
Monitor investment automatically.

How does the Magic work?

"The superiority of Magic is that we combine technology and human expertise," Anderson added, who was a former consultant at the Boston Consulting Group (BCG) as well as a former data expert at IBM.

Magic does not charge for services, both for account creation, buying, selling, and switching costs.

Magic also has a license from the Financial Services Authority (OJK) and partners with a number of banks and fund managers who are experienced in investing.

Magic has ambitions to cover the Southeast Asian market by targeting 650 million people, where there are still so many people who lack access to conventional services.

"Financial inclusion is not just people who have bank accounts. This extends to people who have investments, "said Yada Piyajomkwan as the Magic Chief Marketing Officer.

"One of the goals of financial inclusion is to get people to save and invest. That is, there is geographical expansion in the future, "he added.

"Our vision is regional. And we think this problem is quite common throughout the region. But in the short and medium term, we will focus on Indonesia first, "said Yada, who earned an MBA from Stanford University (Fulbright Scholar) and a former McKinsey consultant.