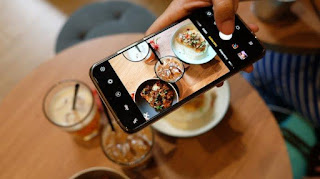 QUX.ME - The arrival of the new year is usually related to the resolution that will be achieved during the coming year. 2019 is believed to also be a dynamic year for Vivo's business in Indonesia, after a pretty good achievement throughout 2018 through series V and Y.

For users of Vivo smartphones, the momentum of the new year is often interpreted with the spirit of high mobility in activities, work, and opening up their potential to find new "things".

The need for users to have smarter cellphones is also driven by an increasingly open era, which gives freedom of expression through uploads in the form of writing, photos or videos.

Based on Statista's prediction, the number of smartphone users in the world will reach 2.5 billion in 2019, up from the 2.1 billion users in 2016.

"The desire of people to own a smartphone is now not only based on needs as a mere communication tool, but also a multi-functional device, to access news and updates with information development, for entertainment, and to support work activities, so that vivo always sees needs "When I will launch a new smartphone," said Edy Kusuma, General Manager for Brand and Activation of PT Vivo Mobile Indonesia.

Vivo also provides iTheme which contains dozens of themes and wallpapers that can be downloaded by Vivo smartphone users.

This feature is quite useful to make the interface on the vivo smartphone different from one another, and of course it will make the appearance of smartphones not boring every day.

The latest screen vivo smartphone series such as the V11 Pro uses Super AMOLED panels which are also equipped withways on display. This feature can be set via Lock Screen -> Home Screen -> Wallpaper -> Always-on Display -> Customize.


Personalize Your Smartphone in Professional Life and Leisure

Routines often make time feel monotonous and saturating. In 2019, try not to get caught up in the same routine every day.