Reasons for Pertamina to Lower Non-Subsidized Fuel Prices, Here is the List of New Pertamax and Pertalite Prices 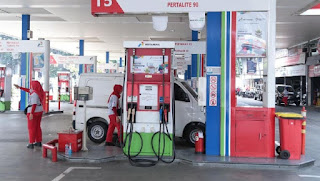 Quoted from a press release on Pertamina's official website, www.pertamina.com, Friday (01/04/2019), the decline in non-subsidized fuel prices was due to a decrease in the average price of world crude oil and the strengthening of the rupiah against the dollar.

Pertamina's Managing Director Nicke Widyawati said that the price adjustments made by Pertamina were in accordance with the prevailing mechanisms and regulations.

"We have coordinated with relevant parties to provide the best service for the community, especially loyal customers of Pertamina products," Nicke said.

While the Director of Retail Marketing, Masud Khamid added, the adjustment of the Non-Subsidized BBM will take effect from Saturday 5 January 2019 at 00.00 local time.

The types of BBM that experience price adjustments are as follows:

New prices that apply in several regions may vary because they are affected by differences in the amount of Motor Vehicle Fuel Tax (PBBKB) in each region.

As an illustration, for the Jabodetabek region there are changes as follows:

Masud added that Pertamina would continue to regularly evaluate the fuel prices in accordance with the dynamics of crude oil prices and the rupiah exchange rate in the global market.