Secretly Samsung Prepare the Galaxy A50 with a 4000 mAh battery 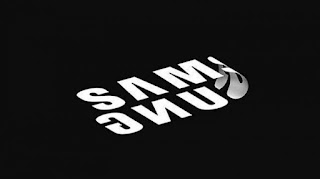 QUX.ME - After blowing the news about the emergence of the Galaxy M20 series, Samsung is now suspected of working on one other cellphone, the Galaxy A50.

This cellphone is reportedly made to target the middle market segment. Appearing on a German-language site, the Samsung Galaxy A50 is rumored to be equipped with the Exynos 7 9610 chipset.

From the use of this chipset, the market segment targeted by the Galaxy A50 is seen. The Exynos 7 9610 chipset will be paired with 4GB RAM and 64GB or 128GB of storage.

But it is uncertain how many rear cameras will be carried. Not yet sure how much sensor is used in the front camera.

As for the security system, this phone will embed a fingerprint scanner on the screen. The Galaxy A50 is said to be powered by a battery of 4,000 mAh.

This battery capacity is quite large compared to other Samsung Galaxy A lines. The Galaxy A50 is predicted to be released in the first half of 2019.

However, it is unlikely that this cellphone will be introduced at the MWC event in February. Because Samsung has a habit to release flagship class mobile phones first at the beginning of the year.

Then in the following month the South Korean vendor released a cellphone for the middle class. Until now, it cannot be ascertained in what month this phone will be introduced.

In addition, the price tag that will be pinned on this cellphone is still a question mark.