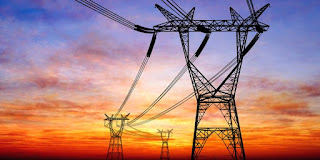 QUX.ME, JAKARTA - The government has issued a policy not to increase electricity rates even though the fixed rate is evaluated every three months in accordance with ESDM Ministerial Regulation Number 41 of 2017.

This time the Minister of Energy and Mineral Resources (ESDM), Ignasius Jonan said the government was committed not to change the amount of electricity tariffs until the end of 2019.

The ESDM Ministry's Director General of Electricity, Andy N. Sommeng, explained the government's commitment not to change electricity tariffs to maintain Indonesia's competition with other countries. In addition, the government also considers the people's purchasing power.

"If the parameter does not change, the parameter drops, ICP is now US $ 54 per barrel, if for the gas price of 8% from the US $ 54 du wellhead, at the plant gate, that can be well received by PLN," Andy explained.

In addition to the ICP price which is a downward trend and ultimately influences the gas price for the PLN power plant, the price of coal has also been pegged by the Ministry of Energy and Mineral Resources. "What we have to set is in the premier energy. Director General Minerba can keep coal prices," he concluded.

In addition to electricity tariffs, Jonan also said that the subsidized fuel prices for diesel and BBM types of premium types also did not increase.

"The fuel price until now is for premium or gasoline Ron 88 and gasoil C48 (diesel), there is no consideration for price increases," said Jonan.