By QUX.ME 19 Mar, 2019
QUX.ME, Jakarta - Like natural law, along with the appearance of the latest models, the old model will be 'abandoned'. In order to lure consumers, price cuts were applied to older models. This time it's Oppo's turn to cut the price of five smartphones made in Indonesia.

The presence of the Oppo F11 Pro this month will inevitably force the old model to slam the price. Oppo F9 and Oppo F7 are now being sold cheaper. 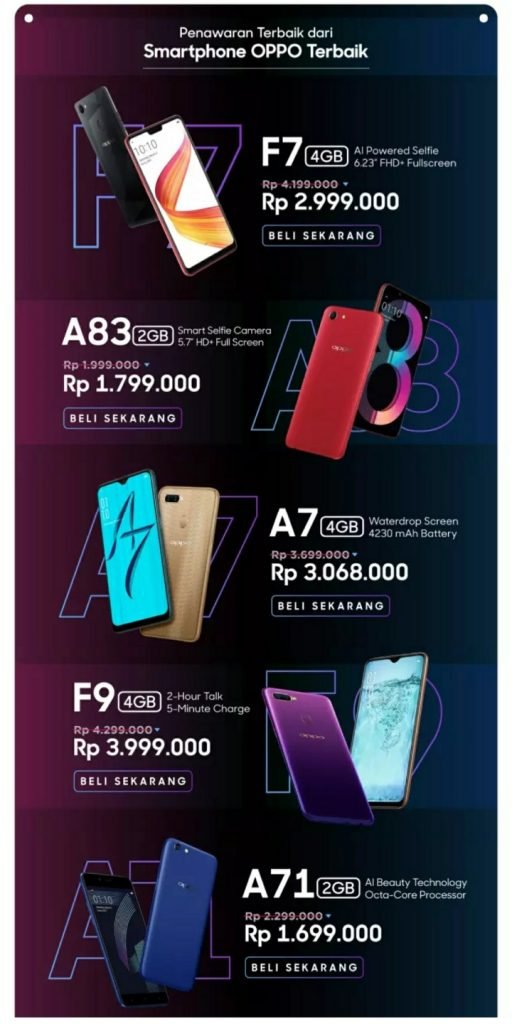