(Not Hongmeng) This is the new name for the Huawei OS

(Not Hongmeng) This is the new name for the Huawei OS 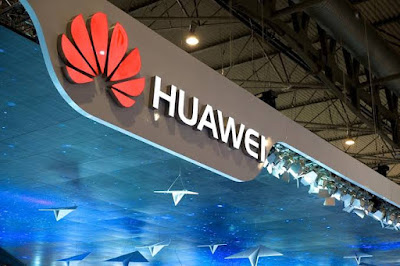 Various names have been reported by the media about the name of the latest operating system from Huawei.

And reported by HardwareZone, a few weeks a variety of news floated the possibility of the name of the OS Huawei mobile itself is rumored to be named differently in the International market.

Hongmeng's name does not seem to be used by Huawei referring to the China Global Times report.

The name Hongmeng OS which is less friendly with the international market seems to be abandoned.

And the new name for the Huawei mobile platform operating system will be known as "Oak OS".

And it will probably be launched in August or September this year.

Quoted from China Global Times, Richard Yu, CEO of consumer business Huawei previously shared with CNBC that the latest version of Huawei's mobile OS will begin to be used on cellphones and tablets in China this fall.

While the international version is rumored to be ready in Quarter 1 or Quarter 2 2020.

This service from ARM has been stopped for Huawei chip design updates.

And with this, Huawei's 5G ambitions can be destroyed.

Also Facebook no longer allows the application to be installed on new Huawei phones.

Google, on the other hand, will work with the US Department of Commerce to get additional time or exceptions to the ban.

Hongmeng OS for the Chinese market.

Reports from several media from China claim that Huawei will release and inform the latest OS made by themselves and will use it on Huawei phones in the future.

Quoted from HardwareZone, and according to China's national language newspaper, Global Times and Huawei Central, the Huawei mobile OS itself will be called "HongMeng OS".

And the latest operating system from Huawei has actually been active in development since 2012.

The source also added that the OS "HongMeng" is currently being tested and will gradually replace the Android OS that has been used by Huawei.

Google suspended Huawei's Android license yesterday after administration by President of the United States, Trump and imposed trade restrictions on other US companies.

This works and is effectively related to this equipment provider from China.

With this suspension made a list of technology companies from the United States such as Intel, Qualcomm, Broadcom and Infineon to continue to increase their supply of trade to Huawei.

Huawei CEO Richard Yu revealed in March that the company was ready to replace Android and Windows with their own OS if needed.