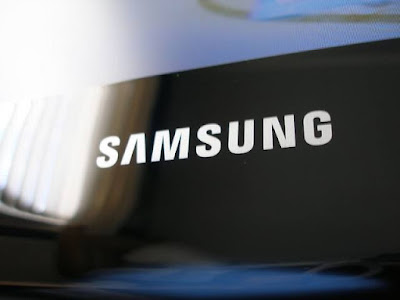 Samsung Electronics Co. mobile phone vendor is said to be preparing to launch a second folding phone at the beginning of next year. This phone will look luxurious and can be folded into a compact square.

According to sources related to product development, the South Korean tech giant is working on a cellphone with an 6.7-inch inner display that can shrink into a pocket box when folded inward.

"Samsung is trying to make a second folding device that is more affordable and thinner than the Galaxy Fold, which was launched this year," said the source, whose identity was withheld, as reported by Bloomberg.

However, the launch of the new cellphone is likely to depend on how well Galaxy Fold performs after launching later.

In the work of the second folding cell phone, Samsung collaborated with American designer Thom Browne. This collaboration is for the sake of attracting wider consumers and more interested in fashion and luxury than just the specifications of mobile technology.

The new cell phone will later be called will use the latest display technology and appeal that rejuvenated the flip phone model in the past. So far, both Samsung and Thom Browne are still not willing to comment on this report.

The new folding phone will also be equipped with a selfie camera with a hole punch screen at the top of the inner screen, such as the Samsung Galaxy Note 10 which was released recently.

As for the outside, the folding cellphone will have two cameras facing the back when the phone is open or forward when it is closed closed.

"I am interested to see if manufacturers can provide clamshell designs that take the footprint of smartphones today and allow you to fold like a wallet in a way similar to the cellphones of the past like the iconic Motorola Razr," said Ben Wood, an analyst with CCS Insight.

"That is what the world may have been waiting for," he added.

The development of folding mobile phones themselves is known to have experienced the beginning of an easy journey. Huawei Technologies Co. had to postpone its Mate X, Royole Corp. has unimpressive reviews with its FlexPai, and Samsung has an embarrassing design flaw that forces it to rewind the Galaxy Fold release.

Samsung has confirmed that its first folding phone, the Galaxy Fold, will be launched this September from its original schedule in April 2019.

All of these companies, together with their competitors, Xiaomi Corp and Oppo, are trying to be the first to open the gap of what is promised to be the next high-growth consumer electronics segment.

The mission of folding mobile phones is to combine the utility of a large screen portable computer with the convenience of a much smaller sized cell phone.

Without expanding into new markets or product categories, sales of Samsung's flagship phones have recently fallen. The company hopes that folding phones will become the next big growth engine.

The fierce competition from Huawei has eroded Samsung's superiority as the world's largest mobile phone seller. The Chinese manufacturer even threatened Samsung's position until the US and China trade conflicts hit Huawei.

One major advantage that Samsung's next fold cellphone has compared to Fold is its shape. When opened, the new cellphone is basically a smartphone, so it will run Android phone applications in its home country.

On the other hand, Galaxy Fold opens into a more square aspect ratio and larger screen, thus demanding customized applications to make the best use of its full dimensions.

Samsung is also testing the use of Ultra Thin Glass to display the inside of its new cell phone later, which will measure the thickness of only 3 percent of the glass that is conventionally used to protect smartphone screens.

At the same time, the company will certainly ensure the durability of its folding phones and so that problems that have been experienced by Galaxy Fold are not repeated.